The Episcopal Church in South Carolina

We share the work of spreading the gospel of Jesus Christ with the more than forty parishes, missions, and worship groups that make up the diocese. 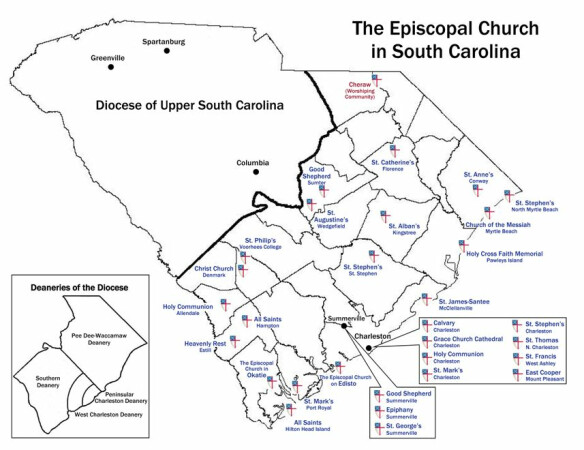 The diocese is still in "rebuilding" mode after some tumultuous events back in 2012, but we are growing rapidly and have every confidence that our witness to the gospel will continue for generations to come.

10am Service - Online and In Person

"We should strive for unity, not uniformity. ...[W]e must have a church broad enough to embrace within its communion every living human soul."

-Bishop William Alexander Guerry
Served as bishop of the Episcopal Church from 1907 until 1928, when he was killed for his work advancing racial equality and suffrage in the diocese. Learn more >>